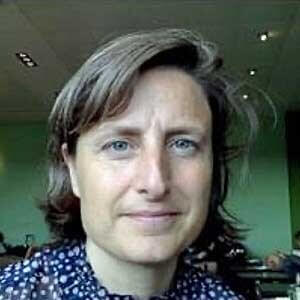 Christilla Roederer-Rynning is a professor (with special responsibilities /wsr) in comparative European politics at the Department of Political Science and Public Management, University of Southern Denmark. She is also affiliated with the Center for Border Region Studies (CBRS) at the University of Southern Denmark. She researches the European polity—its institutional development and democratic legitimacy and resulting tensions of politicization and Europeanization – and the changing role of the sovereign and territorially defined state in Europe. Her research interests include the transformation of the European trading state, the evolution of EU legislative institutions, and the changing dynamics of EU policies and policy-making. She was the PI of different projects, including: ‘Passage to Bicameralism: Probing Europe’s Legislative Power’, funded by the Carlsberg Foundation (monograph grant # CF20-0136, January 2021 – March 2022), and: ‘The Parliamentarization of EU Politics’, funded by the Independent Research Fund Denmark (DFF 11-104384, 2012-2015). She was also an international co-investigator in the project entitled ‘Democratic Legitimacy of the EU: Inside the Black Box of Legislative Trilogues’, funded by the Economic and Social Research Council (ESRC, ES/NO18761/1, 2016-2019). Her work is published in journals like Journal of European Public Policy, West European Politics, Comparative European Politics, Journal of European Integration, Journal of Common Market Studies, and Public Administration. She is the co-editor of Policy-Making in the EU, 8th edition, with Helen Wallace, Mark Pollack, and Alasdair Young (Oxford University Press, 2020); and of the special issue of the Journal of European Integration on the theme ‘Writing the Rules of 21st-Century Trade: The EU and the New Trade Bilateralism’, with Finn Laursen. Her article ‘Bringing codecision to agriculture: A Hard Case of Parliamentarization’ (with F. Schimmelfennig, published in the Journal of European Public Policy) was awarded the Best Conference Paper award by the American Political Science Association (APSA), Section European politics and society.

Christilla Roederer-Rynning is the principal investigator of the project. She is involved in all three work packages (with a focus on France in WP1). She supervises the doctoral research of Anna Vlasiuk Nibe.